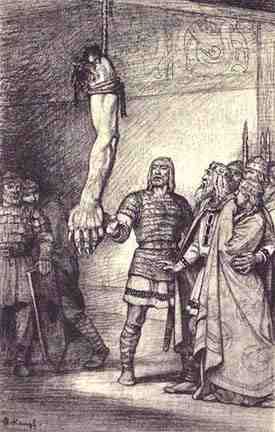 Silently, Grendel emerged drooling from the deep, dark forest. He was ready to engage in a fatal brawl. His hideous smile crept across his scaly face. As the poisonous scent of bludgeoned victim’s flesh slid off his merciless claws, he licked his devilish lips. Without hesitation, he demolished the iron-studded hatch only to unleash a merciless slaughter. Soon he was holding Beowulf’s best Geat’s skull as the voice box hung. With only one stamp, his skull was no more… With a hellish scream, he continued his terror reign.

Out of the shadows of the night, Beowulf ran heroically towards Grendel’s path of destruction. The Demon was thinking of adding to his killing spree. The two giants charged at each other. The wrestle began. Beowulf clutched the wretched scaly arm. Within a couple of hours, Grendel’s arm was detached! As he fled into the dark forest, Beowulf hung his bloody arm as a trophy!

Out of the gloom, Grendel appeared. He could smell dinner. He was grinding his vile blood-thirsty teeth knowing his feast was nearby. As he crept up to the mead hall, he could smell a sweet tinge of Viking flesh.

Grendel ripped open the oak door. He had smelt the flesh now in toasted smoke. He now thought there had been a party. He could smell the fresh cooked meat from the party. Grendel smelt the fresh meat and treats.

Grendel licked his blood-thirsty teeth as he ground them. He saw his first victim on the floor. Grendel had killed a guard already. The colossal savage ate one of the Geats in one. Nothing was left of him. Not even a nail.

The colossal beast was then grabbed. They had been wrestling for hours when Beowulf had ripped off his arm. There was a scream of horror from the beast. He had both of his arms pulled off. 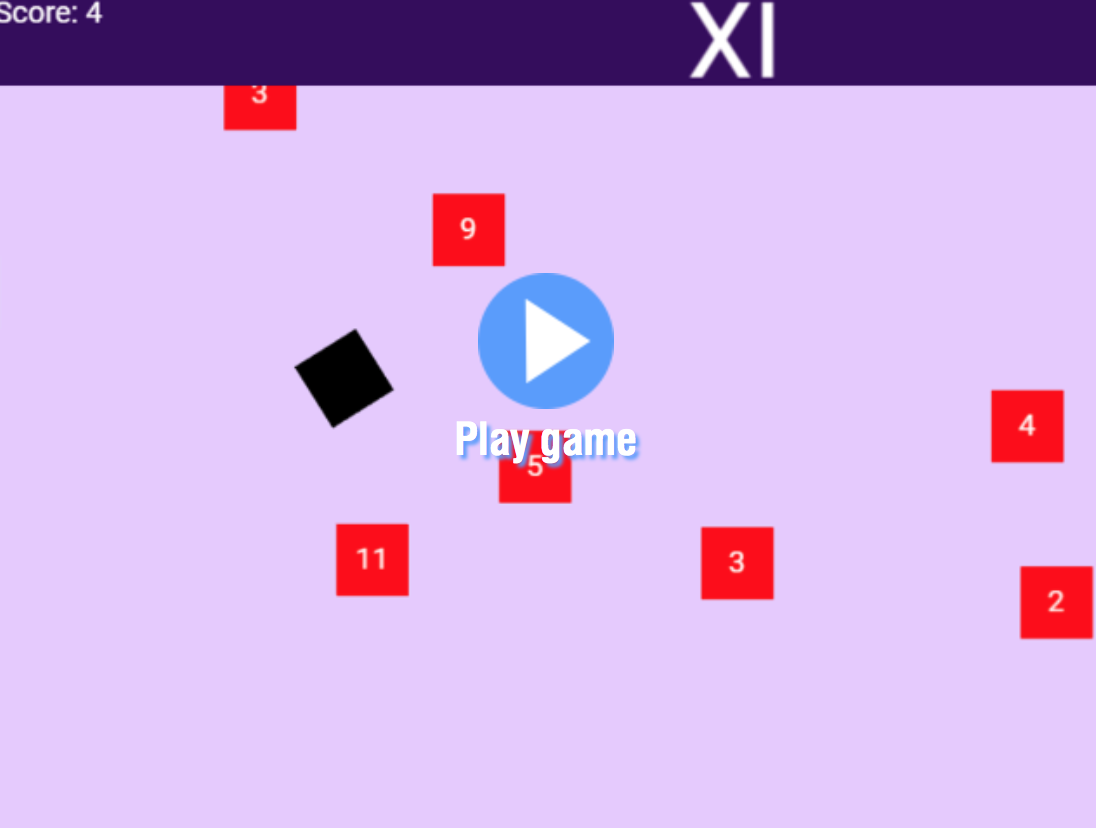 This is a game that will test your speed of translating Roman to Arabic numerals. You have to dodge the wrong numbers and hit the correct one by dragging the black square onto the moving red numbers. It starts off reasonably slowly but speeds up pretty quickly!

The Girl Who Wasn’t There 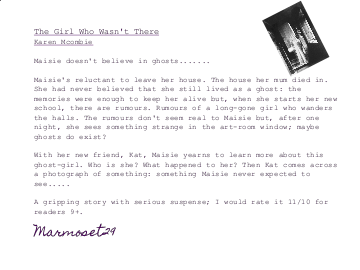 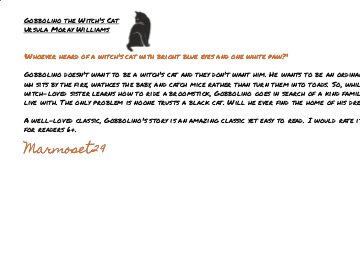 Time Travelling with a Hamster 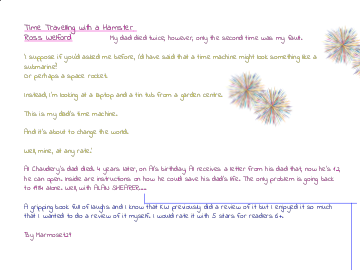 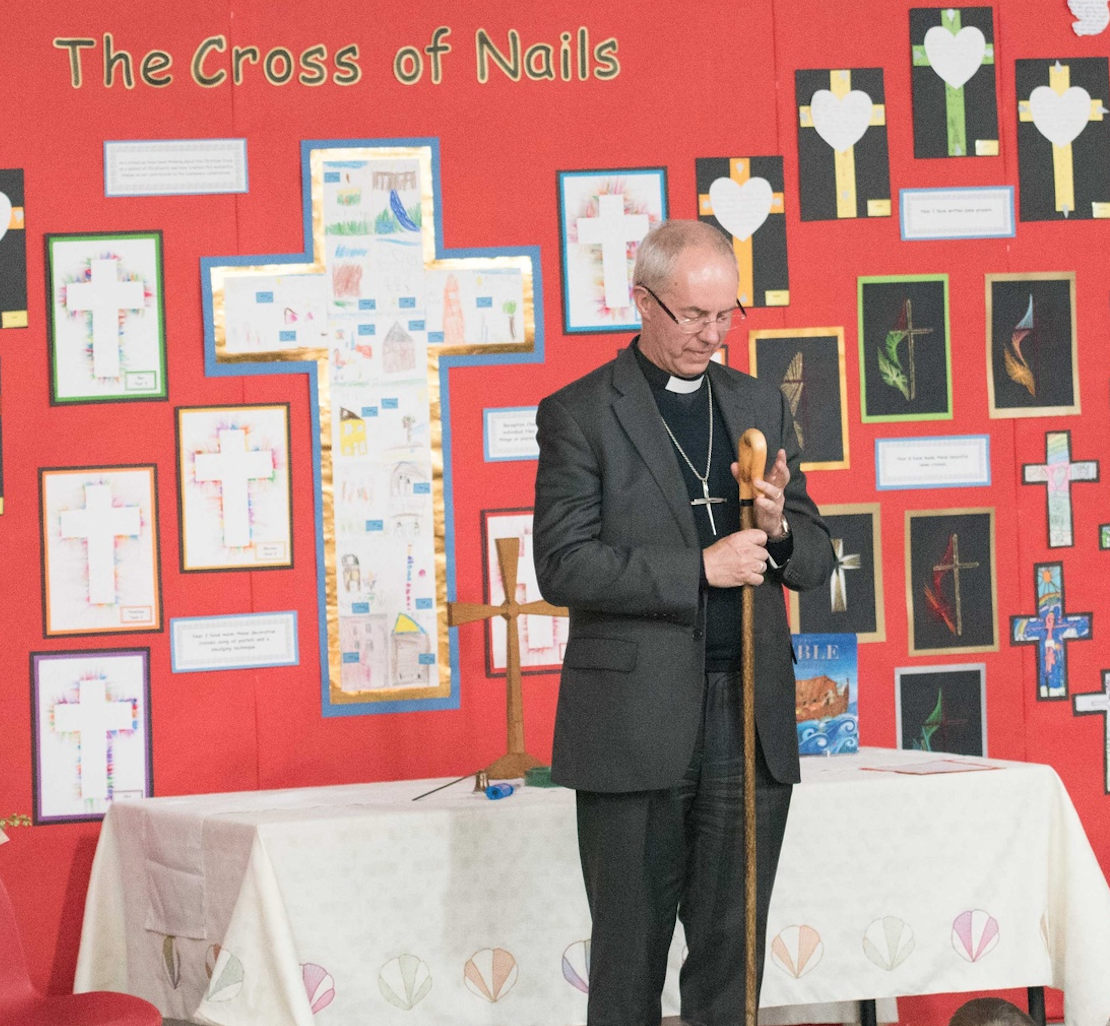 On Thursday 3rd May, Archbishop of Canterbury, Justin Welby, visited Southam St. James as part of celebrations for the centenary of Coventry Diocese and also because his children came to the school.

Before he walked through the guard of honour made by Reception, the children thought he was going to be boring but, when they met him properly, they found him very amusing especially from the reactions to his questions. Edward in Year 6 said, “I was very surprised by Archbishop Justin because I expected him to be formal but he was very inspiring and humorous.” Ronnie in Reception asked him, “Are you looking forward to the Royal Wedding?” He replied, “I am excited and nervous because last time I blessed the rings I tilted the Bible and they rolled off and when I looked down at them they were gone!”

Next, the children sang hymns and they read out their own prayers. Having been the old vicar of St. James church and a school Governor, he was glad to see the children’s progress at school and he was astounded by the display of their cross of nails artwork that was in the school hall.

Close to the end, Daniel, age 10, presented the Archbishop with a hand-made Crozier made by Mr. King (the Executive Headteacher’s husband) crafted from the finest wood and buffalo skin. He was delighted by it and said he was going to keep it so he could use it at Lambeth Palace for the Royal wedding. His wife, Caroline, was also given a beautiful bouquet of flowers.

In the end, Year 6 made a guard of honour for Caroline and Justin. In a few weeks, Justin is going to the wedding for Prince Harry and Megan and he is going to use the Crozier from Southam St. James. Hopefully the rings don’t disappear again!

Local school gets a visit from a celebrity 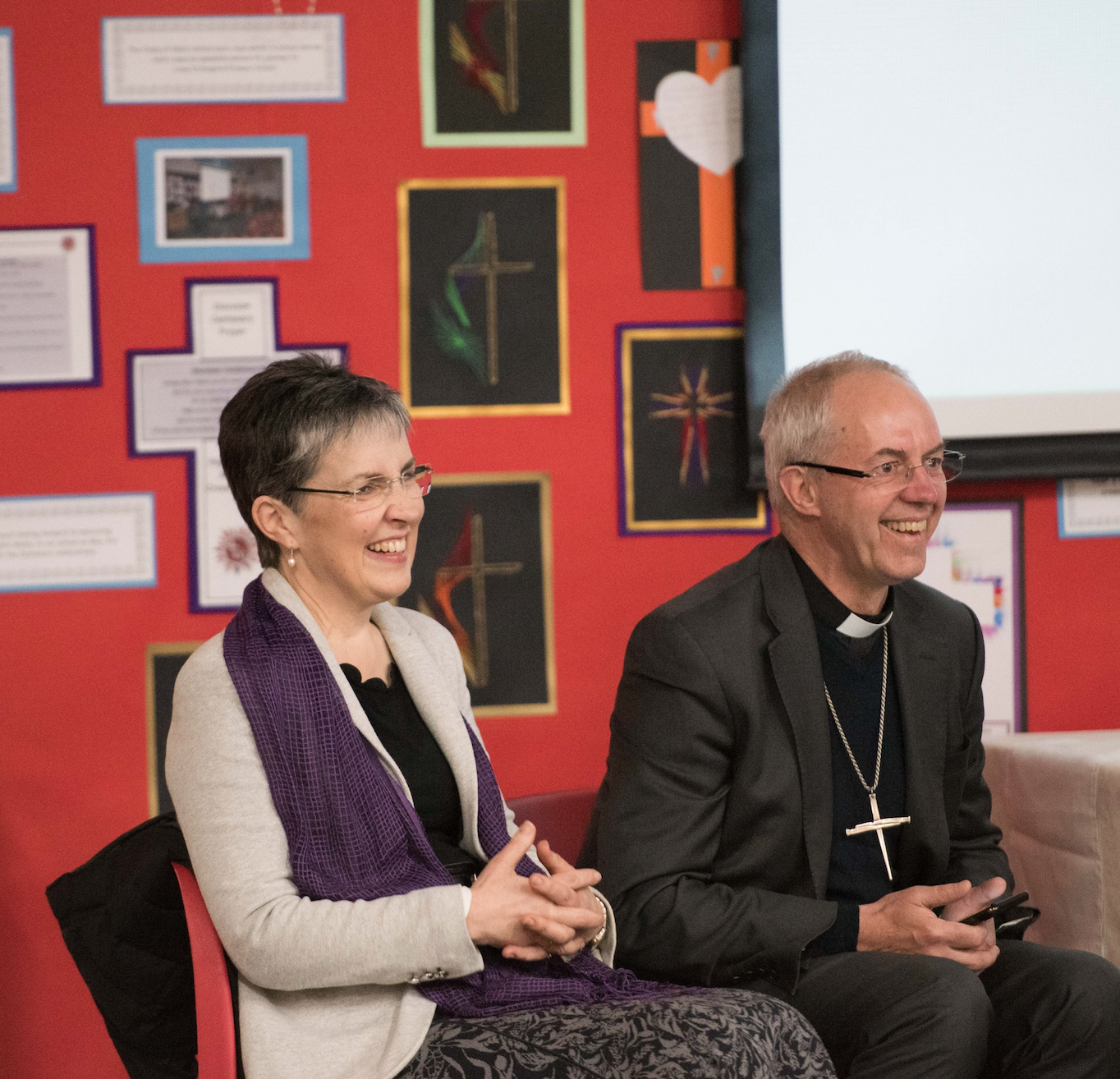 May, The Archbishop of Canterbury arrived in Southam to visit St. James C.E. Primary School where he had sent his children and was once a governor. When he arrived, he had a warm welcome from the Worship Team (Freya, Thomas, Dan and Ioney) and from Reception before he met many members of the local community.

After a warm welcome from a selected few children, The Archbishop of Canterbury proceeded through to a thoughtfully planned service. To open the assembly, Freya (part of the Worship Team) lit the candle before one of the headteachers, Mrs King, took over. As a special gift for Justin Welby, Mr King made him a crozier from local resources which he is keen to use at Lambeth Palace.

Next came a challenge: several children had prepared taxing questions for the Archbishop of Canterbury to answer. Mrs Welby took all of the lime-light answering one question from Jasmine in Year 5, ‘How did you feel when you got the job?’ Making all of the guests laugh, she explained the ‘phone call which went on forever saying “hello” and “I’ve got it!” At first, she did not know what he had got but then she realised.

Four children from Year 6 were also chosen to say prayers or readings. The two prayers were thoughtfully written by Jack and Minnie and clearly read by Ioney and Thomas. Finally, Rebecca and Chloe read a complex reading from The Bible.

When The Archbishop of Canterbury left, he said, “It has been a pleasure to return and I wish to come back again.” As he left, the path was lined with Year 6 forming a guard of honour. Many of the children will remember this visit for life.

Southam gets a special visitor, The Archbishop of Canterbury Justin Welby 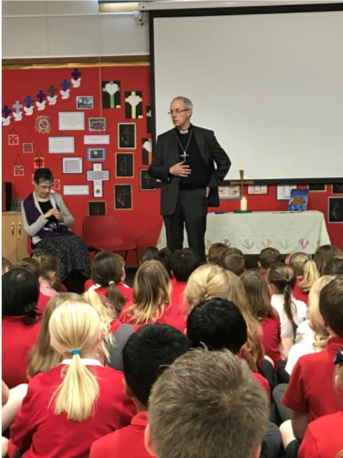 Thursday (3rdMay), The Archbishop of Canterbury, Justin Welby, visited St. James C.E. Primary School in Southam to celebrate the Centenary of Coventry Diocese with them. He had previously been a governor at St. James and at the college. He was also their local vicar.

Reception and Year 6 children welcomed him and his wife, Caroline Welby, as they entered the hall. “It was amazing to see him wearing the cross of nails,” said one Year 6 pupil.

During the service, some children asked him questions. Ellie in Year 2 asked, “Do you ever get nervous before going on the radio or TV?” He replied, “Yes. I also get a bit ‘shouty’ and moan at people a lot. However, I don’t always realise I’m doing it!”

After all the children had asked their questions, they sang some hymns including ‘Chain of Love’ and ‘Jubilate’.

Sadly, the service did not last very long. “It only felt like five minutes,” said a boy from Year 5. After some children had given Justin Welby his crozier, Year 6 pupils formed a guard of honour. “It was the best day ever!” exclaimed Bella from Year 3.

Girl of Ink and Stars by Kiran Millwood Hargrave 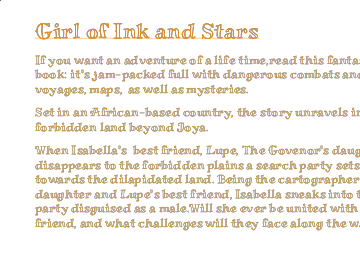